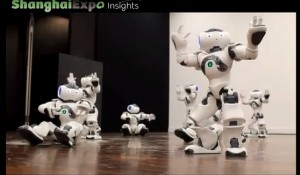 After watching a dancer express herself so beautifully, conveying sensitivity, emotion and creativity, one can’t help but notice how far robotics has to go.  Sure… the robotic Atlas from Boston Dynamics is amazing, but it will probably be a long time before people will pass on the real thing to watch robots dance for pure aesthetics.  Similarly, when one considers the skill with which Fido can jump into the air and catch a ball, the dog certainly puts the latest robotic marvel in its place.

Still, the idea of graceful robots may not seem that far fetched.   The senses of joint position, position in space, space and time and gravity in humans are impressive, but machines can sense these things.   The skeletal/muscular capabilities of our bodies are also impressive, but, again, machines might generate similar motions.   The big difference is what is happening in the brain.

Imagine that we built a robot in a humanoid form, and that we gave each part a computer.  For example, the head had a computer in it; the left forearm had a computer in it, and so on.  Each of these computers would be responsible for controlling the artificial muscles and monitoring the sensors contained within that body part.    This is possible, and it has already been done.  Naturally, in such a configuration, to achieve coordinated motion of the whole, there would need to be a great deal of communications going on between the various computer/body parts.  This seems like it should be possible, since we can transmit vast amounts of data quite quickly around such a machine using fiber optic technology.   If each computer had capabilities like that of an iPhone, it might make great use of those accelerometers, always knowing which direction is down, knowing where it is and how it is being accelerated.  Add the high capacity communications, and perhaps each body part could know where it is and how it is moving relative to the inertial frame and to the other body parts.

To get to a graceful expression, however, it seems a few things are still needed…

the algorithms that are going to allow all those computers communicate with one another,
the instincts,
the desire,
the ability to set goals,
the ability to learn from mistakes,
the instructor’s training,
the practice,
the self-discipline,
the dream,
the passion,
the inspired music and choreography,
the feelings,
and finally, the encouraging applause from an appreciative audience who sees greatness in the performance.

or, in the case of the dog, a master’s pat on the head and piece of bacon. 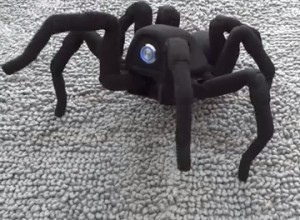