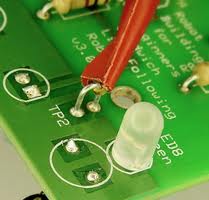 Circuit board with test point

A team of manufacturing test engineers was puzzled.  The spacecraft circuit board was failing tests, and not just a few tests.  It was failing all of the tests.  Spacecraft circuit boards aren’t inexpensive items, so a team of engineers went to work to determine exactly what had gone wrong.  To figure it out, they had to saw open integrated circuits and take microscopic photographs of the semiconductors. On the first of these, they noticed a path burned between the power input pin, Vcc, and the ground pin, Gnd.  Each subsequent chip examined provided the same evidence.  It appeared that someone or something had misapplied power to the unit under test.    At first, everyone was confused as to how this could have happened.  After all, the power supply cable that connected to the circuit board was keyed and was only capable of providing the correct input voltage.  Later, however, the problem was identified.  The technicians weren’t using this cable.  Instead, they were applying power to the circuit board though some test points in the test jig.   These test points were included for making measurements of the voltage applied to the circuit board.  After many tests, it seems someone had mistakenly connected the positive lead of the power supply to the ground test point, and the negative lead to the Vcc test point.  That was all that was necessary to destroy the circuit board and throw the schedule off by a month.

Normally, including a generous number of test points on circuit boards and on test jigs is a great idea.  This is particularly true for prototypes where at least some troubleshooting should be expected.  This makes it much easier for a lab technician to make measurements, and this saves time.   Of course, in many cases, it is also important to include current limiting resistors.  This will help prevent the sort of consequences described above and can also be important for the safety of you test crew. 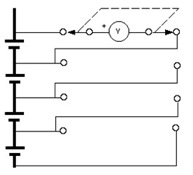 Including current limiting resistor with your test points can help avoid problems. 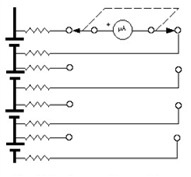